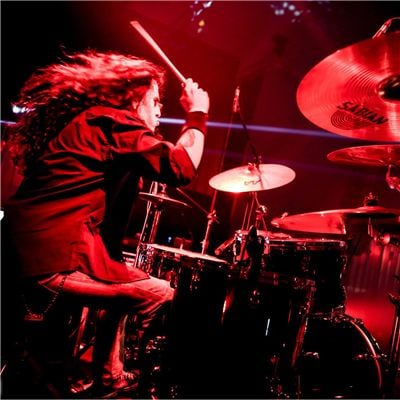 Kostas Milonas was born on August 12,1988 in Trikala, Greece. He started playing music at the age of 3 and became a professional drummer at the age of 10. At a very young age He had his first experience with percussion, piano and guitar, but the drums was the one that inspired him the most.

His influences include people who have inspired him over the years, recordings he listens to, live performances he has attended or played in, and anything musical or not with a deep meaning under it’s surface.

He holds a degree in drums from Philipos Nakas Conservatory , London College Of Music and recently graduated with honors and a degree in performance major from Berklee College Of Music. He is fortunate enough to have studied performance with great musicians like Rod Morgestein, Ian Froman, John Blackwell , Bob Gulloti , Kim Plainfield , Marko Djordjevic , Ed Saindon, Gustavo Agatiello and Ilias Doumanis.